I’m learning to rollerskate and it feels so good to be a beginner again.

The last time my feet were attached to wheels was back in the fifth grade when my brother took up skateboarding. I remember standing on his board for all of two seconds before it shot out from beneath me. Next thing I know I was on the floor. I haven’t skated in any form since. 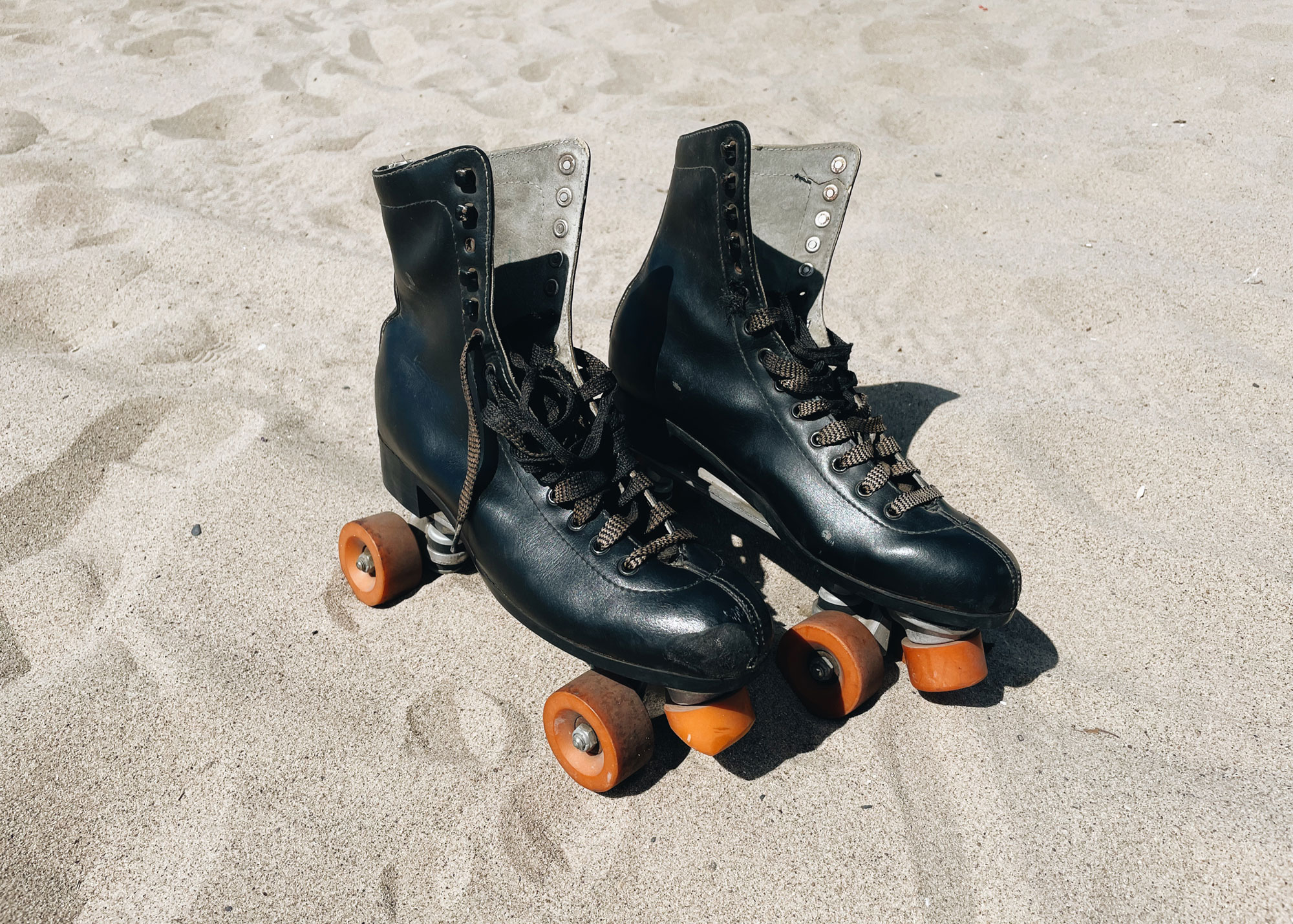 My rollerskates hangin in Santa Monica.

Over the years, I’ve reminded myself that Cory plus wheels (especially more than two) is not a good mix. I see someone skating in the distance and immediately think, “cool, but not for me.”

The truth is I never actually tried. I fell, but then I walked away. I didn’t try a second time. Riding a bicycle is a similar skill that took months to learn. I fell many times — even got badly injured in the process — but I kept practicing until it started to work.

When we’re young we’re accustomed to falling down. It happens all the time. At the playground, during recess, playing sports. As we grow older, we fall less, and in the process we also forget what it feels like to fall. Sure, it can hurt, but sometimes it doesn’t hurt that bad. Especially if you’re clad in an arsenal of protective gear.

Skating along the Santa Monica boardwalk, I was passed by a mother rollerskating with her young daughter. They were going faster than me and eventually the daughter fell. She didn’t cry. She just got back up and tried again, this time slightly more steady.

If there’s one thing I’ve learned so far it’s that rollerskating with any degree of skill mostly comes down to confidence. You have to believe that when you move your feet they’ll propel you forward. You have to look ahead towards your destination, not down at your means of transport. And to reach a certain speed, you have to accept that eventually you’ll fall. Until you accept failure you’ll remain cautious and slow.

My next lesson? Learning to fall.