Have you ever walked past a house with hundreds of lawn gnomes in the yard? What is the first thing you think? Do you admire their porcelain beauty? Do you view them as art? Or do you see them as physical clutter obscuring an otherwise well-manicured part of town?

What do you think of the owners? Are they artsy? Crazy? Is a mental illness causing them to collect and display these objects? What do they mean? Do they mean anything? Do they hold sentimental value? Is this simply a human who can’t resist a sale at The Home Depot? 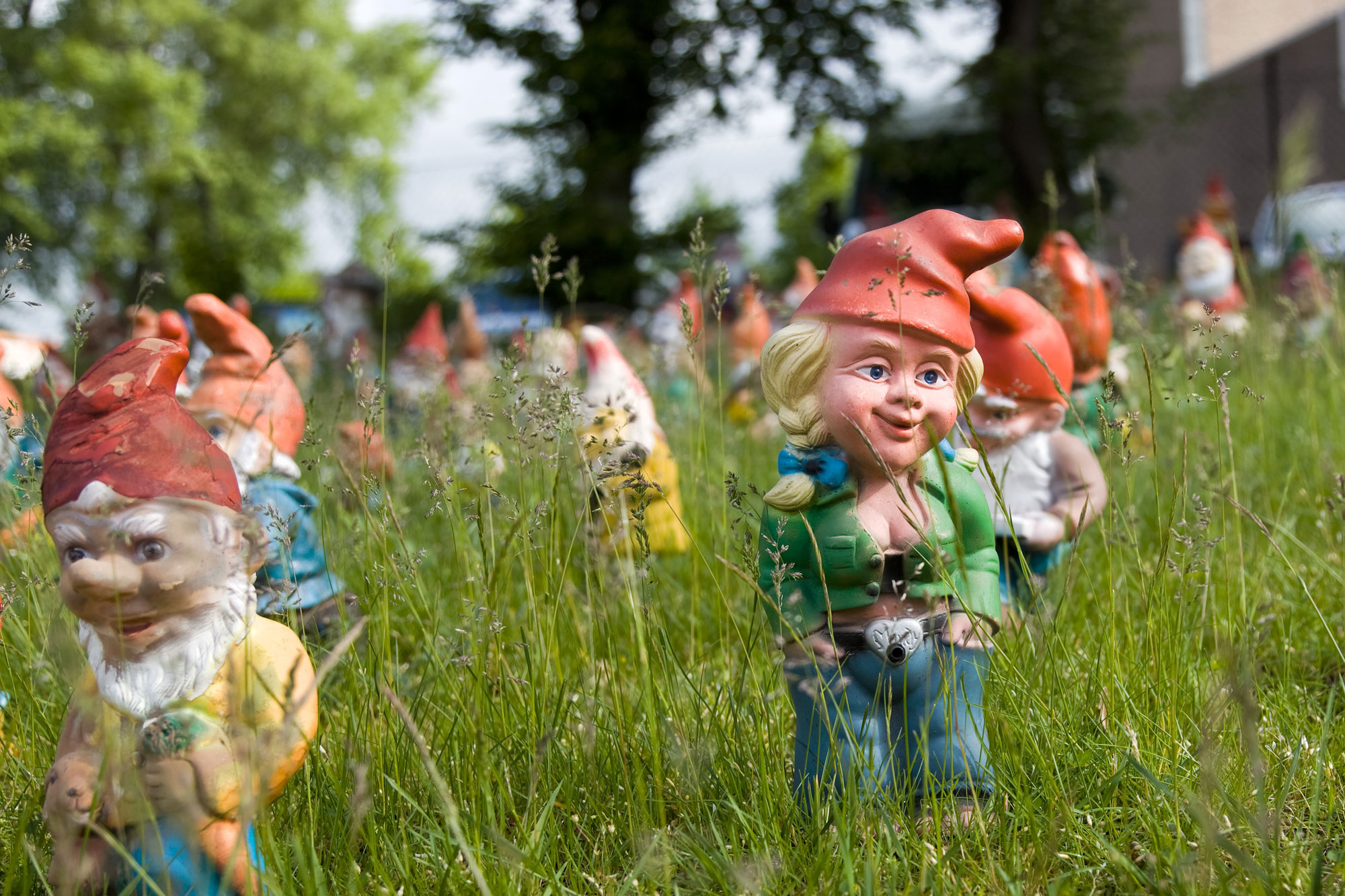 Lots of gnomes, somewhere in Wisconsin

When I see a yard full of gnomes, I see something I want but do not have. I’m not interested in the physical objects. I’m no gnome connoisseur. In fact, I’m much more of a minimalist. I’ve moved four times in the last eight years, often showing up with nothing more than a carry-on and a checked bag.

I don’t want gnomes — I want what they represent.

You see, when you have a lawn full of gnomes, you can’t just pick up and move. You’re inextricably tied to a place. You may dream of trying on a new life, somewhere else, somewhere far away. But then you look at your gnomes and remember that you’ve already found — or rather, made — your place. These will not fit in a carry-on.

There are a lot of midwesterners who dream of moving to the coast and living in a big city, but I was never one of them. My sister wanted to live in New York City, not me.

When I graduated, I actually had no intention of leaving Minneapolis. I was just lucky enough to be presented opportunities and I took them. Now, I suppose, I have many homes instead of just one.

Minneapolis was an incredible place grow up and go to school. The creative community there is one of the best and most supportive — probably in the entire world. It’s the best bicycling city in the United States and people can actually afford to live there.

Charleston taught me about food and wine and love. I remember Googling the word “charcuterie” within days of my arrival. I don’t think I’ve eaten a hot dish since.

New York City was so much fun. I worked really hard, but even the most mundane days felt like an adventure. I was told humans there would be rude and mean, but I ended up meeting some of the loveliest people, most of whom were pursuing a dream and doing everything they could to make it happen. How inspiring.

San Francisco forced me to slow down in the best of ways. When I learned dinner would not be served beyond 8pm, I took to yoga and meditation.

And now I’m sitting in a random apartment is Los Angeles doing the only thing I know how to do which is to ask, “what comes next?”

One thing I know is that cities are not products to be consumed. They are not ours to enjoy, pillage, and abandon. Cities should be citadels in which we collectively build, grow, and prosper.

Maybe what comes next is a yard full of gnomes, a physical anchor. Something to remind me to work with the place I have instead of trading everything for something shiny and new.